Today I came across a movie I haven’t seen in a while that I enjoy a lot, though it’s no classic like its associations: Alien VS Predator, released back in 2004. Personally, I love Alien and had to watch, ended up liking it and eventually bought a hard copy for the VHS and DVD collection I had then. A wrestling match between two titans of sci-fi and horror is a glorious sight to see, like Freddy VS Jason released the year before, another fun and gory movie prepared for admirers. That’s why these movies are made; for pure fun, cheap thrills and a few reasons to take life lightly yet be aware of all exits and maybe learn some karate.

Unfortunately, sci-fi and horror films don’t get much attention or respect and many great elements are overlooked. Within the industry of motion pictures, not too many have been nominated or won awards and, if they do, only win in production categories like Sound and Makeup. The only horror film that won the Oscar for Best Picture is The Silence of the Lambs (originally a novel by Thomas Harris), which also won Best Actor and Actress, Best Director and Screenplay, the only horror flick that has received so much praise. Many people in the industry speak strongly against sci-fi and horror films and refuse participation, calling the genres shallow and missed opportunities to portray human depth and morality, even though those same people have risen from such projects.

I believe horror and sci-fi flicks are the best method to explore humanity, raw emotion and instinct. Admittedly, sci-fi and horror adds to countless social stigmas and stereotypes, yet just like any other movie genre, all a part of the industry’s diversity issues that seem so evident in award ceremonies, scripts that are produced and castings. The cry for diversity in mainstream media has become a tangled tug of war and every shining accolade has become a tally versus a collective celebration of a motion picture, of direction, of a character, of a setting and predicament, of art. The fight for inclusion has shaken artistic expression and freedom, finding defined lines and requirements to please others, the real gesture that people recognize and party for since sensitivity over mere imagery is at an all-time high. Strong and defiant works of art fall through the cracks, especially those that are more fantastical and usually deep in situations that challenge reality and viewers.

Sci-fi and horror movies actually depict more stories of teamwork, diversity and color blindness, usually set in the future and moments of mind over unique matter. Monsters tend not to discriminate and really test the morality, intelligence and strength of the pool of victims around, the very reason I love zombie stories. Most of the films and characters that garner acclaim usually don’t add much to the conversation and philosophy of filmmaking or ease the diversity battle. As time changes things, a lot of work becomes obsolete or proves to be a negative. Great movies and performances are never celebrated and referenced as they should, lost under projects with bigger names, large budgets and absurd controversies. To be the example I want to see, I’m going to honor a character that has been overlooked by her communities. She is the perfect representative for characters like her from all genres and the casting mentality many people want across the board.

So, I present Alexa Woods, a leading character in Alien VS Predator (written and directed by Paul W.S. Anderson), portrayed by Sanaa Lathan (Love & Basketball, The Best Man). AVP is about just that and since the drama is set present day of 2004 on Earth, humans found a way to get in the middle of it and in turn have been for generations. A wealthy explorer hires a team to excavate an ancient kingdom that’s under ice in Bouvet Island, 2000 miles below the surface, in hopes of being the first to crack it open. Since the location is in icy territory, the expedition needs a knowledgeable and experienced guide, Alexa Woods. 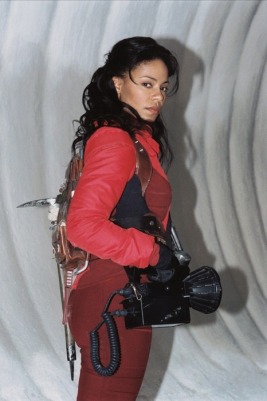 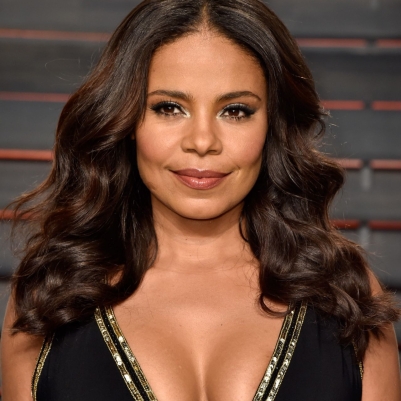 Alexa Woods proves to be more capable and brave than her notable reputation. Not only is she able to trek high altitudes, a stickler for every safety rule and a cautionary tell, she’s a fighter for her entire team and against the story’s vicious creatures. I must say Alien and Predator, though fictional (allegedly), are far more dangerous than equality and personal demons and Woods takes them on with everything she’s got. With the movie’s conclusion, I’m surprised the communities that usually highlight and parade such characters haven’t pushed Alexa forward.

Alexa Woods checks very important diversity boxes that have a great impression on our society. Honing in, she is a mountaineer and survival guide, something that isn’t seen every day, though the mountaineering sport really isn’t a pop culture hit and readily available to most of us, which is a great example of accomplishment and strength, indeed breaking stereotypes and offers a visual that can inspire many to succeed in an extreme activity that entails research, practice and travel. The role could have easily been created or casted with what has been deemed as an obvious choice. This character is the epitome of what is being pursued in Hollywood; a diverse face for any kind of role. Sadly, this character has never been mentioned in any article or Top Lists, no matter how specific I get on Google, unexpected since Ellen Ripley of the original Alien popped up in a lot of what I found. Alexa even emboldens the mold her predecessor created.

I suppose Alexa hasn’t been noticed due to the movie’s success and simple substance generated for the franchises involved. AVP’s reviews were not good, gaining a 5.6/10 on IMDB, 21/100% from Rotten Tomatoes and 29/100% from Metacritic, though earning about $173 million over a $70 million budget. Should the critical failure, a duel franchise black sheep, diminish a tremendous character? No matter what was produced the character held her own in extraordinary situations, a hefty value when compared to any other story, and was a breath of fresh air for both cult worlds.

Whether AVP was good or bad, throughout the film there was never a mention or acknowledgement of ethnicity or gender. There’s a neutrality and relatability that allows the characters and setting to flourish. I see this notion as the modern goal of cinema and casting. Many communities want more stories of their gender and cultures, hanging Hollywood for not delivering. Yet those endeavors rest on their shoulders and they need to step up in creating a playground for their personal tales, since they cater to themselves and what’s produced usually tends to be biographies, historic retellings and ‘Look what I can do’s.

Movies like Alien VS Predator and characters like Alexa Woods are what the main stage needs. We need stories that use the ideal social climate, set an evolved normality and boast characters that can be anyone from anywhere. The past is the past and offering a cinematic showcase of people, places and moments that have existed will come and go and be forgotten just like the subjects, no matter the worth. In my opinion, history lessons for sale don’t change or prove much and images of suffering result in two ways.

One, they go unnoticed from the public and industry, like the TV series Underground (created by Misha Green and Joe Pokaski), a portrayal of runaway slaves, abolitionists and the Underground Railroad, done up with hard hitting realities and edgy suspense, recently cancelled due to changes at WGN. The Emmy nominations are out and not one is for Underground. People are excited for Viola Davis to play Harriet Tubman but have not celebrated Aisha Hinds’ brilliant undertaking of the prominent USA figure in Underground, an iconic force that has not had much screen time. Episode Minty of season two gives great insight into Tubman’s journey to freedom and the fight that still lies ahead, shining a light on Hinds talent among many great actors involved and the impressive aesthetic produced. Sadly, this series, the most relevant to USA today, will not get its owed dues.

Secondly, instead of flying under the radar, projects like Underground actually backfire and cause controversy, overshadowing the artistry and performances, lending themselves to ridicule, tension, resistance and woes of entitlement, though history and facts prove every word written and edit made. Either way, the public responds to pain and injustices so differently and the intended value falls down to a star rating, a critic’s review and a possible award nomination that leads to more disaster.

Out of the handful of movies that some say have changed society, like JFK, The Day After Tomorrow, Super Size Me, Rosetta and Philadelphia – I will never forget what my friend and film school classmate from Turkey told me how The Help informed her of life in USA during the ‘60s – all the issues represented are still alive and well. An honest education system should be teaching our history and more, which ought to humble everyone. The only character that has progressed, whether a mere detail or the main focus is technology, a sci-fi and horror favorite. The stories that depict gadgets to full on artificial intelligence are slowly becoming reality, shaping and shifting society by offering means to be anything and anywhere and reach millions of lives. How crazy would it be if our journey matched 2001: Space Odyssey, reliant on an entity like HAL 9000. That guy always reminds me of the questions: Does art imitate life? Or does life imitate art?

So, going forward we should create more images, more movies, more art of, again, the ideal social climate, set in an evolved normality and boast characters that can be anyone from anywhere. Where are stories of trusting? Also, we need to celebrate the right stories, moments, details and characters to strengthen the prestige, theory and entertainment of motion pictures, even if corrections need to be made like Alien VS Predator. That’s what remakes are for. We need bold unifying characters conquering situations that can capture our hearts and minds without keeping the scenario of ‘us vs them’ within our species, defining ‘them’ as something completely different, like Alien or Predator VS Alexa Woods.